More To See!
Logos!
The surfing pelican is for a Louisiana Wave Pool.
Dracula The Un-Dead (Published in the book) with the hidden letters The Un-Dead.
"Screeched Inn" is a Celtic Music Band. The lettering pre-existed but they asked me to draw the band climbing around it.
The purple jackal was used in the Disney film The Cheetah Girls as the logo for "Def Duck Records" (uncredited).
"Off The Rock" logo for a new Celtic guitar band. 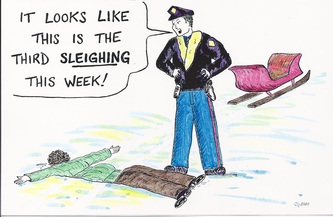 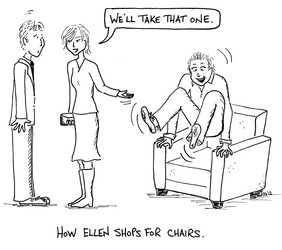 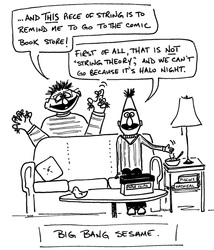 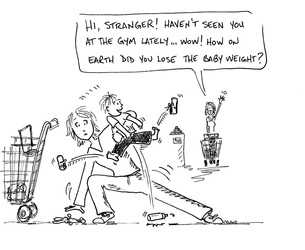 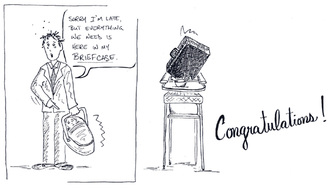 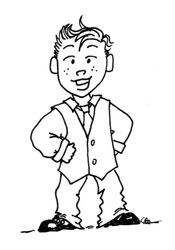 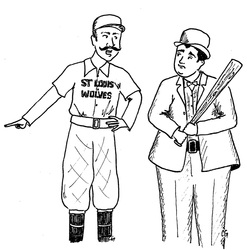 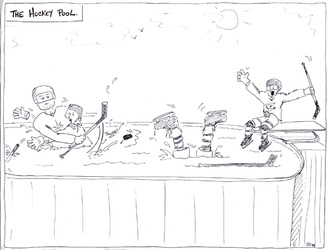 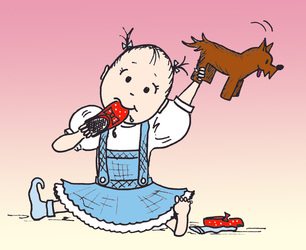 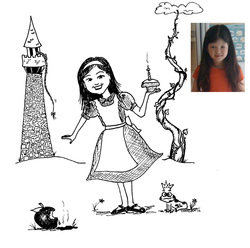 An example of a custom-made card for a little girl's birthday party invitation with a fairy-tale theme. I've inserted a shot of the birthday girl to show how I made the drawing look like her, but with "Alice" qualities upon her request.

​Live theatre projected backdrops! Inked in pen, then scanned and coloured in Photoshop.
Top line: Inside the gates of Emerald City - the line drawing, the finished projection, and the Tin Man's forest for The Wizard of Oz.
Bottom line: Grauman's exterior, the drawing of a Hollywood street, and how it looked from the audience for Singin' in the Rain. 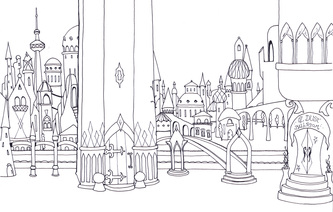 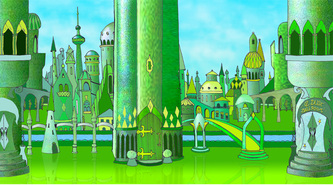 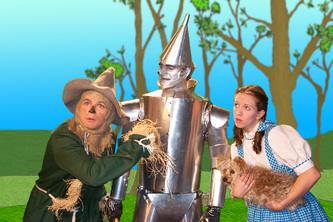 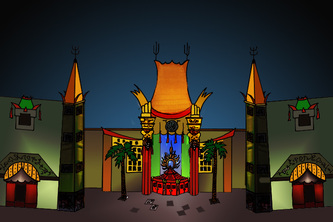 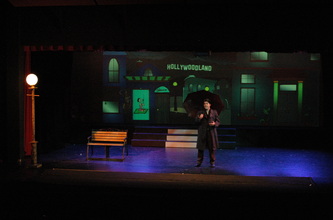 ​Practical Scenic Painting and Props!
Assisted in painting an entire thrust stage as a Game of Life board for the musical Falsettos.
Made a toy Han Solo blaster look like the original for the short film Blasted Behavior.
Made a fiberglass shield look like a rusted tray for the opera The Pearl Fishers.
And a toy frog painted to look real for the TV series Twice in a Lifetime (uncredited). 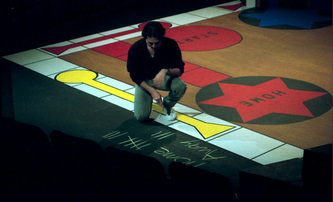 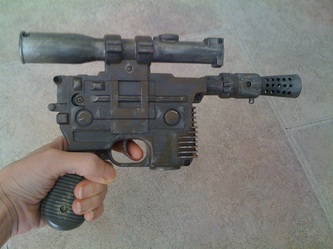 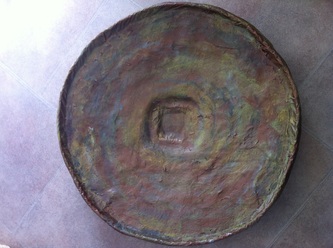 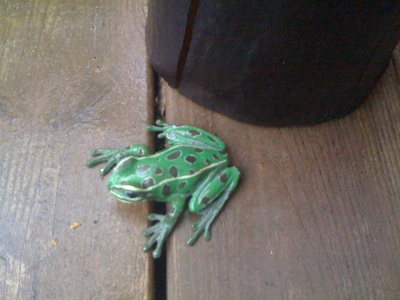